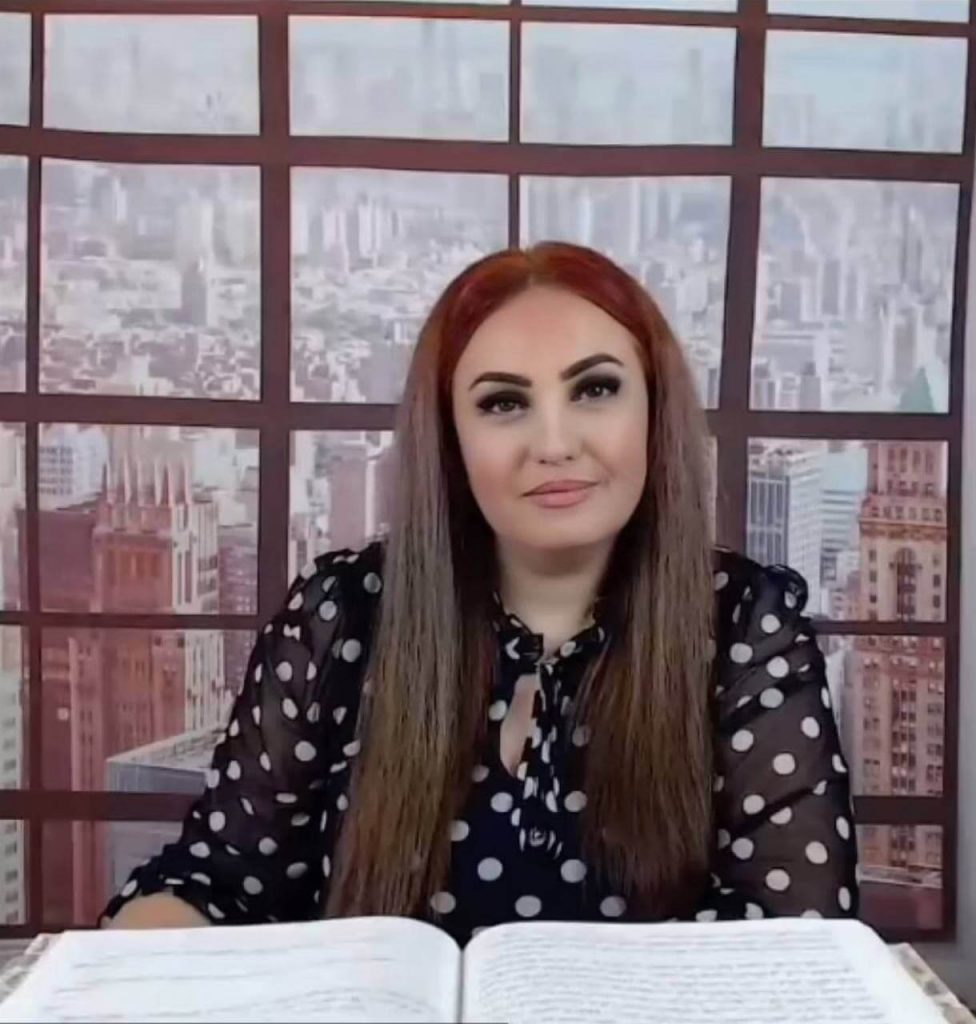 Date of birth: August / 1 /1981
Religion: Christianity
Spouse: Feras Khozam
Children: Christian Khozam
Nationality: Syrian, American
Languages: Arabic & English
Church founder: Lord’s Church
Occupation: TV host . Actress . Producer . Media executive . Bible teacher . Motivational Speaker
+ Radio programs: Morning with Maggie, Syrian flavor, Right word
+ TV program: The Truth news, News on the way, You are the judge
+ Dubbing: Lots of Dramas, Documentaries, and Religious
+ Established a radio and television training academy in Syria FMC production
+ Hollywood film consultant with American actor James Woods
+ Founded FMC World Media Group
+ The Kingdom of Syria was established for humanitarian and charitable missions
+ A missionary to Christ: ( She restored thousands of people to the true Christian faith )
The designations she got:
+ Best Radio Voice of the Year 2004
+ truth icon
+ Successor of the Apostle Paul
+ And many of designations given to her by the Syrian and Arab people for her projects and campaigns in human rights field.

Is Isa son of Mary in the Qur’an the same as Jesus Christ?

Was their human beings before Adam

Unity of Religions and Satanism

The danger of car seats outside of the car

Was Jesus Christ born in March?

Is the Christ the son of God?

How is Christians God embodied in a child ?