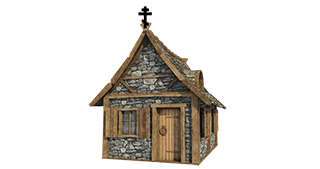 Regarding to the number 144 thousand that was mentioned in the hymn of the lamb, can we say that the LORD had specified this number only, which means it cannot be increased? Did He choose them by name? Or because we have a free will He gave us the choice?

Was the man before the fall in a higher rank than the angels (closer to the God than angels)?

We can say that he was a different kind of creation “the pampered son”.The angels are servants, soldiers and spiritual ranks, while Adam is a different kind of creation. We can say he is a little bit less than the angels, as written in Job, for he doesn’t have their abilities but in Christ we were uplifted above them and given also to condemn them in the resurrection day.

How can I explain to my 7 years old that the Father and the Son Jesus Christ are two, and at the same time one God not two Gods?

Give him this example:
when I was pregnant with you, you were in my belly and we were one, while in fact we were two not one.
In the same way Christ and the Father are one for Christ was in the bosom of the Father. But when he came to earth we saw him as a human being, so we knew that there is the Father and the Son, and we were able to distinguish between the two of them, but in reality and from the first place, they are one. That is why we say about him “the Lord Jesus” , because the son of God is God, as we say to you, “You are the son of this”, so if your father was a king, you will also be called a king, because you are the son of a king and you share with your father the rule and the kingship. Likewise, the Son of God shares the deity with his Father, so we say Christ is God.

What does the LORD mean by this verse Matthew 21:43 "Therefore say I unto you, The kingdom of God shall be taken from you, and given to a nation bringing forth the fruits thereof."? Can someone who doesn't believe in Christ enter the kingdom of heaven, if his fruits were good?

Here he was talking to the Jews saying that the kingdom was no longer confined to them only, but would be given to those who work for the it. This nation he mentioned is the nation of Christ, the people of the Lord of the kingdom.

Does the Holy Ghost come upon people only by baptism ? And not just by faith?

The Holy Spirit comes to anyone who works for the kingdom (of heaven). The Holy Spirit works in anyone, but He only dwells in Christians and precisely after the baptism, because Christ is the one who sends the Holy Spirit to dwell in those who only believe in him.