Civil law in the Holy Bible

Civil law and human rights in the Holy Bible 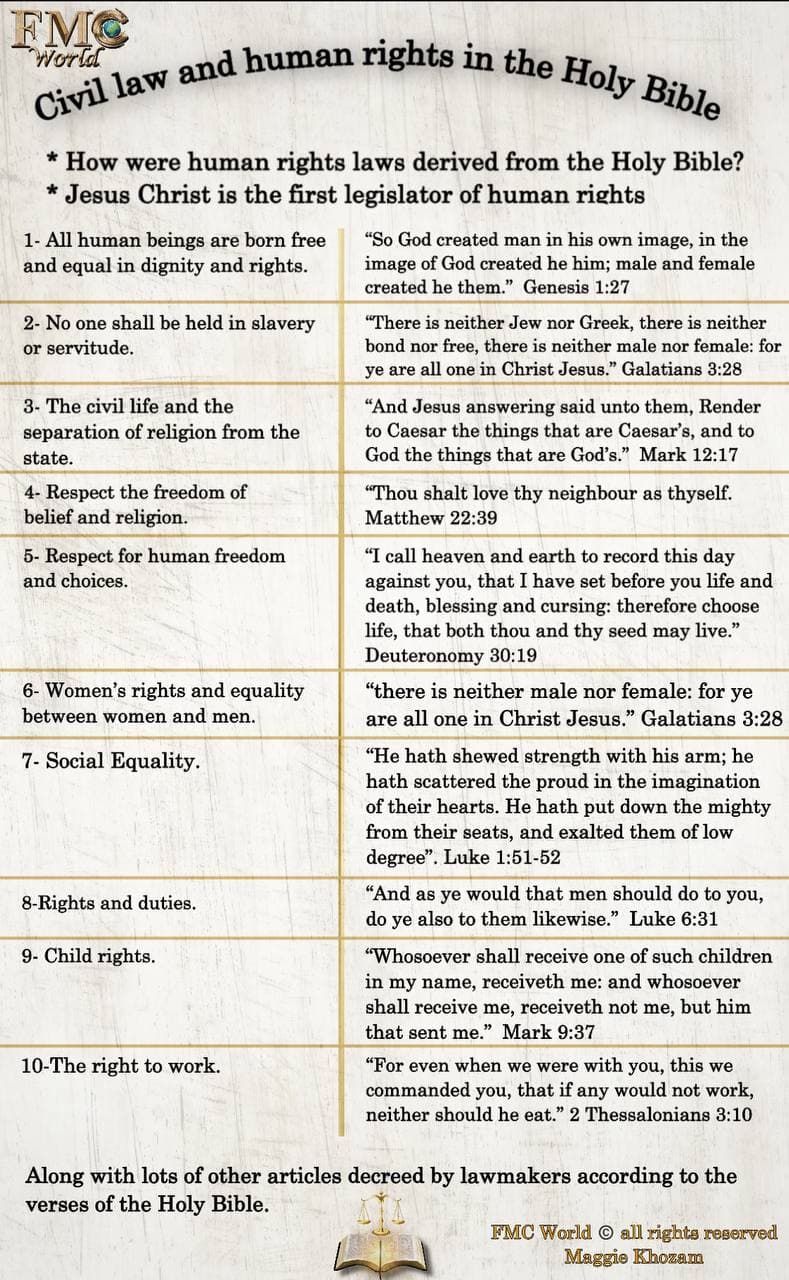 Humanitarianism is a beautiful and a wonderful aspect that everyone should have, it is supposed to be known to all, and it should not be a cause of vanity or bragging.
Nowadays, some promote humanitarianism as an alternative to religions, and therefore, it has become a duty to tell the differences between Christianity and the rest of other religions, which may infringe human rights with their laws.
This article is meant to show how human rights and the constitutions of the world’s greatest nations were derived from the Christian faith and the Holy Bible.
Jesus Christ is the first legislator of human rights.
The roots of International human rights law goes way back to the principles of the natural law or what we call “justice”, which results in applying equity on earth. Christian priests such as Grosius Gallup and Montesquieu contributed to the development of human rights’ concepts.
The seventeenth and eighteenth centuries are considered the historical stage for the formulation and development of the principles of human rights and the natural law.
Then in the twentieth century, we witnessed the establishment of a set of international documents on the basis of which the Universal Declaration of Human Rights was established, and no one can deny the role of the Church for 2.000 years until today, in defending the rights of the oppressed around the world, by helping the hungry, the needy, the refugees, and the marginalized, and by caring for the sick and the tired. Also the Christian believers around the world contributed through their diligent work to laying down the principles of human rights and applying them.
The first paragraph of the preamble and the first article of the Universal Declaration of Human Rights state: