The seven causes of problems and distress 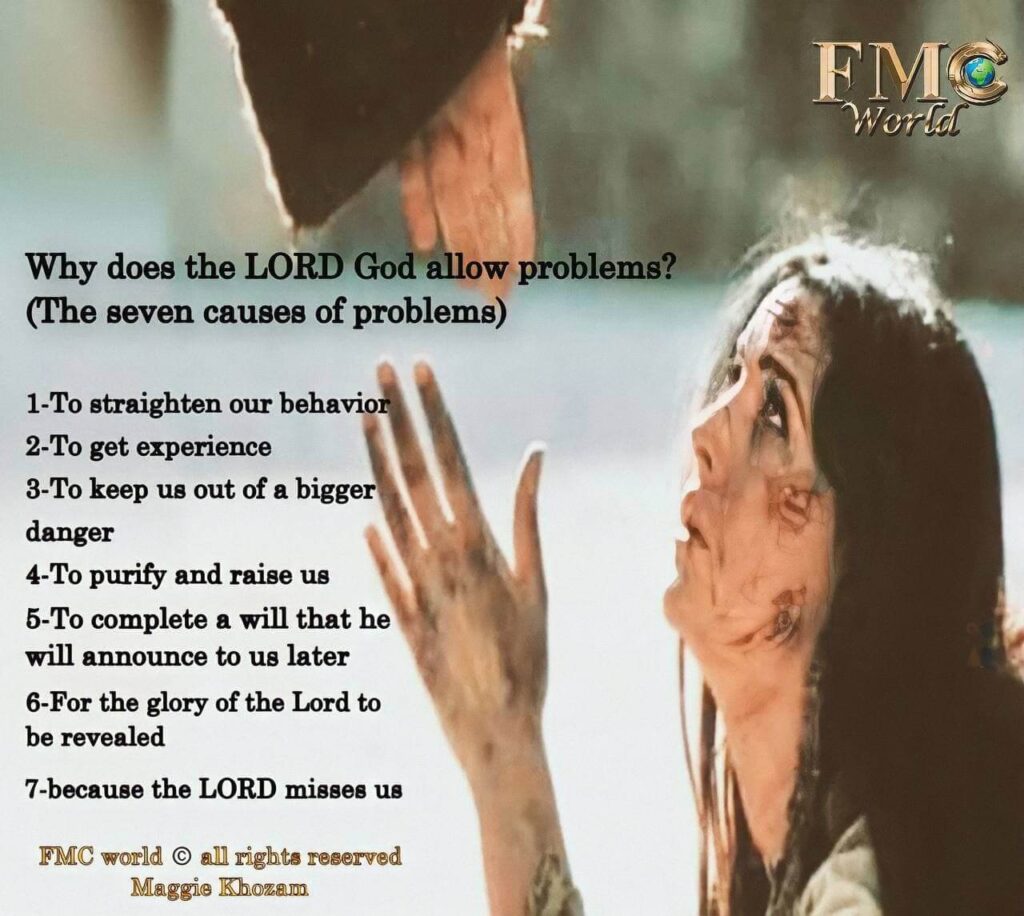 Why does our Lord allow us to suffer from problems if He loves us, and if He came to save us from the pain and worries, then why do we suffer sometimes?

Today we are talking about problems such as a transient disease, your car breaks down for no reason, you quarreled with someone, lost a job you were dreaming of, so ended the engagement .. etcetera from the issues and problems that occur in our lives and disturb our days.
I will not talk here about the problems that happen because of our sins or chastising us, nor about the curses that are permanent problems. Rather, I will talk about the causes of problems that have no justification, that happen with us without a reason.

I have always asked myself a question, I do not imagine that there is a human being did not come to it, why does God allow Satan to tempt us?

There are those who say that God is tempting us to test our faith and patience, but this statement is wrong, because the Lord has examined the hearts and the kidneys.
As he said in Jeremiah chapter 17:10
“I the LORD search the heart, I try the reins, even to give every man according to his ways, and according to the fruit of his doings.”
Whoever says that God is tempting us in order to test us and know if we are believers, then these people denied their Creator the ability to know the hidden things of hearts, so if God knows our faith and our abilities, why should he tempt us?
And if some people say that he is tempting us despite his knowledge of what is in our hearts, it is as if they are saying that God is tempting and testing people in order to have fun with them. Of course, God forbid from this description of the name of the Lord God, today I want to ask you to stop repeating phrases that we inherited without thinking

Believing that God tempts mankind is like blasphemy, because you are talking about another god completely different from the God we worship.
As he says in the message of Jacob chapter 1
13 Let no man say when he is tempted, I am tempted of God: for God cannot be tempted with evil, neither tempteth he any man:
So according to the Holy Bible, it is not permissible to say that temptation is from God.

In the end, I say: The one who trusts in the Lord is not to be ashamed. We learn to be with him from here, to follow with him up in the kingdom, and for the thousandth time I say that the kingdom begins from here, on the earth,
No one expects that he will have heaven, while he is living in Hell on Earth. live the Kingdom with the Lord God, from here.
Our Lord says in the book of Zechariah chapter 2
8 for he that toucheth you toucheth the apple of his eye.
He also says in the book of Isaiah chapter 49
16 Behold, I have graven thee upon the palms of my hands; thy walls are continually before me.
In the book of Isaiah, chapter 49: 1
The LORD hath called me from the womb; from the bowels of my mother hath he made mention of my name.
What problems will you fear and flee from, and you have His Name and Glory on you, and who kept you since you were in your mother’s womb, and he will walk with you to your old age.
The book says Psalm 34
19 Many are the afflictions of the righteous: but the LORD delivereth him out of them all.
They may say that we have many trials and afflictions, but if you complete the verse, and from all of them the Lord delivers him, yes, He delivers him, so there can never be a son of the Lord who keeps covenant.