The seven hidden secrets of YOGA and spiritual exercises 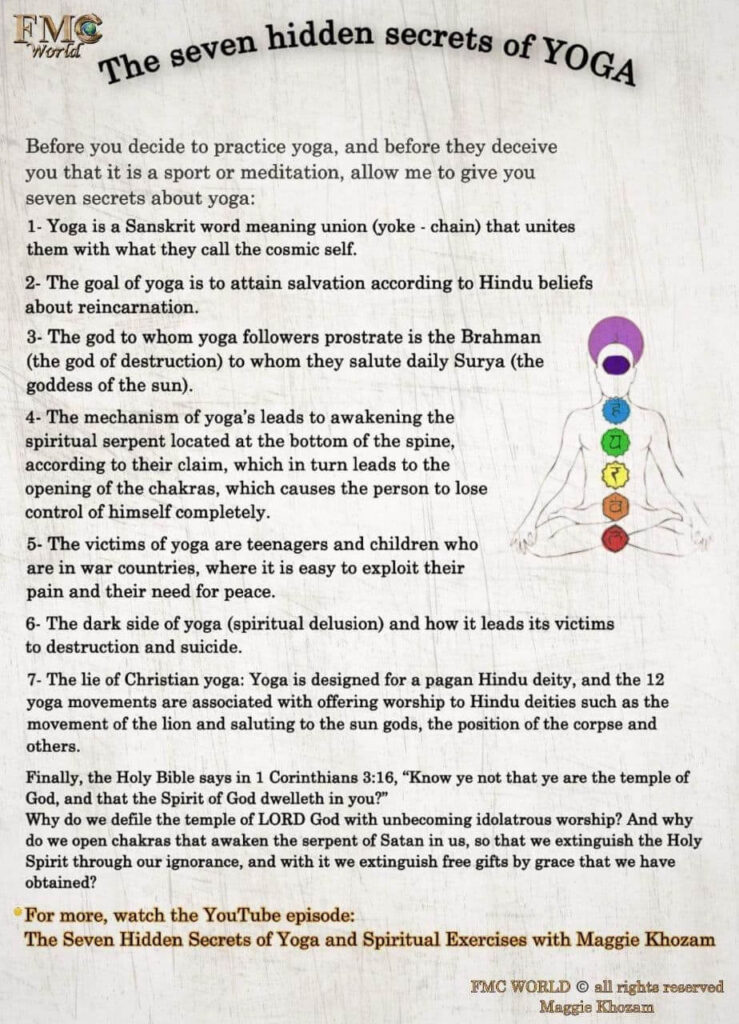 Before you decide to start practicing yoga, and before they tell you it’s just a sport or meditation, let me give you 7 secrets about YOGA.

Finally, The Holy Book says in 1 Corinthians 3:16 “know ye not the ye are the temple of God, and that the Spirit of God dwelleth in you?” so if the Spirit of the lord God dwells in me, which snake will I raise? How dare I speak about energy and superstition? While I have the Holy Spirit dwelling in me – the Spirit of the Lord God – Who gives talent freely and without negative effects. I invite you to read the even reason why I, as a Christian, should not practice yoga.

I invite you to read the seven reason why I, as a Christian, should not practice yoga⇒